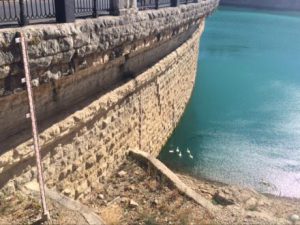 NATURE: The hotels on the Costa del Sol is filled to capacity, but the same can not be said for water reservoirs. The picture above from ‘The Lakes’ an hour from the coast is the water meter completely exposed.
Mass tourism backing is a water that does not commensurate with the natural water reserves, and after prolonged lack of rain and a bone dry winter is several reservoirs on the Costa del Sol threatened by drought and overuse.

Tourism escapes
In Málaga will Provinsdeputationen probably wait for the tourists are gone at the end of next month, before deciding what action to be taken. In some mountain villages it has already been completely banned watering and washing the car, and that is completely closed to the water in periods that day. 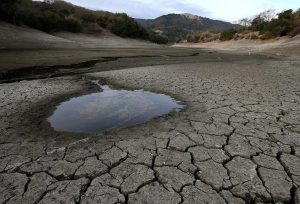 Summer is the time of year when there is increasing consumption for irrigation of fields, crops, gardens and especially to supply the more than seven million inhabitants in Málaga province and the millions of tourists who visit the Costa del Sol. It writes Sur.es

When it occurs in a province suffering from drought after minimal rainfall, it is something that causes concern. Worst hit are farmers and inhabitants of villages in mountainous areas. Here there is a severe shortage of water.

Many local wells have completely drained and the water level in the reservoir levels are now so low that the prospect of restrictions within the next month.

huge water consumption
In the period from 24 June to 22 August, the water reserves in Málaga province decreased by just 41 cubic hectometres, hm3. 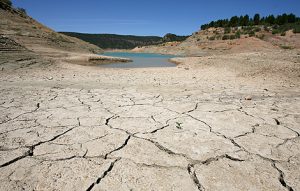 This corresponds to a consumption of two months, and the summer season is not over yet.

So come September, has spent a lot of water – almost as much as the entire portfolio of La Concepción-water reservoir north of Marbella, which has a maximum capacity of 59 hm3.

Less than half
The current inventory in the six reservoirs that supply the Costa del Sol is at 291 hm3. This corresponds to 46.94 percent of total capacity.

Guadalteba, Guadalhorce and Conde de Guadalhorce – commonly referred to as ‘the lakes’ has the largest reserves of 168 hm3, while La Viñuela east of Málaga is in imminent danger drying with only 64 hm3 back. Here is the portfolio down to 38 percent of the total capacity.

La Concepcion north of Marbella 46.09 hm 3 back, which corresponds to 74.52 percent of capacity. Here was dammed part water after the recent rains in May.

agricultural hit
The President of the irrigation system for crops and plantations in Algarrobo, Jose Manuel Gil says that if it does not rain during September or October, the water supply in La Viñuela fall to about five hm3. 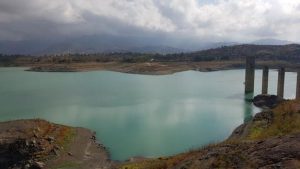 – It is the limit of drought restrictions, he said.

One hundred hectares of citrus trees between Cártama and Campillos have not had water since early August because of a fault in a valve in a water channel that lies just below the motorway past Cártama.
The damage can not be rectified before coming a permit from the Ministry of Public Works, and it can get to last time.